The Dirty Little Secret of a Handheld Retroreflectometer.

Ok, it is time to level with you. I know I am likely to get in trouble for this one. But those who know me, understand that I say it like it is. So here you go…

How a retroreflectometer works? Retroreflectivity measurement is sending light out at specific angles and distance and measuring how much of that light returns from the reflecting object. A handheld retroreflectometer sits on top of the marking and emits its light beam out the front or under the machine. The measurement area usually starts between 6 inches and 12 inches forward from the light source. In doing so it is using its known (or assumed) angles and distance to simulate and calculate what is called 30-meter geometry. If these angles and/or the distance change, then the resulting measurement will change as well.

Sitting the retroreflectometer on the top of the pavement marking normally ensures that the instrument is consistent with the longitudinal and lateral levels of the marking. In so much that it can produce a very accurate measurement. Even more accurate than most mobile units, that is for another article. However, if “something” causes the instrument to tilt longitudinally or laterally on the line the reading will not be correct. 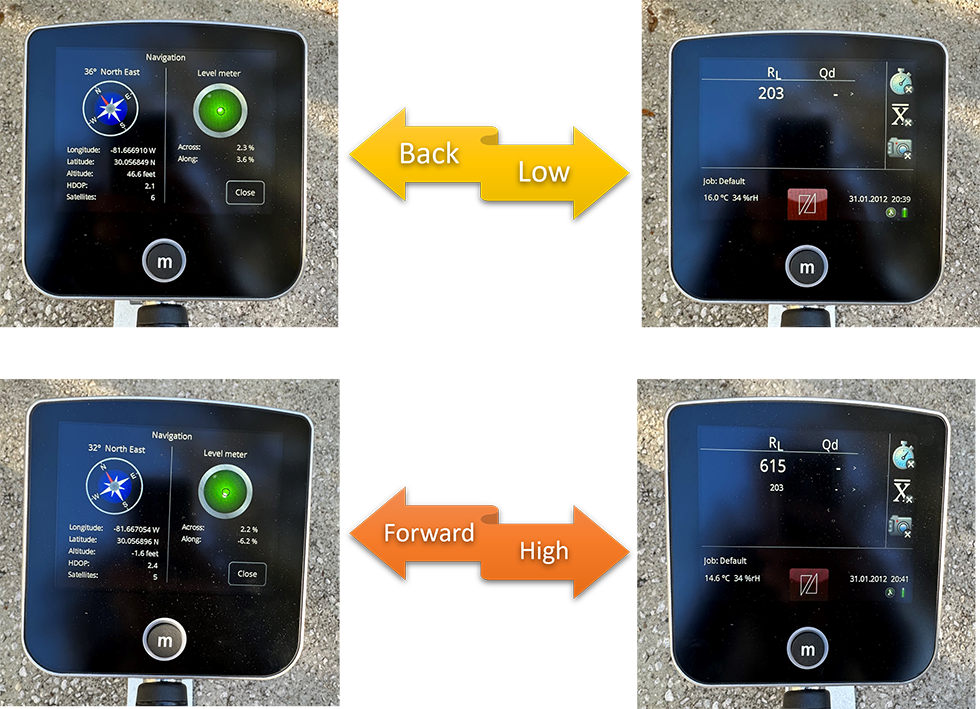 In our industry, we don’t talk much about it, because we really did not have a good solution. However, the brilliant Dr. Zehntner recognized this several years ago and did something about it. He began adding a level meter option to his retroreflectometers like the ZRM-6010 and ZRM-6014. This level meter assists in the assurance of a level and accurate reading of the line. Further, the information is stored and can be reported in both its downloadable data and the instrument’s onboard printer. 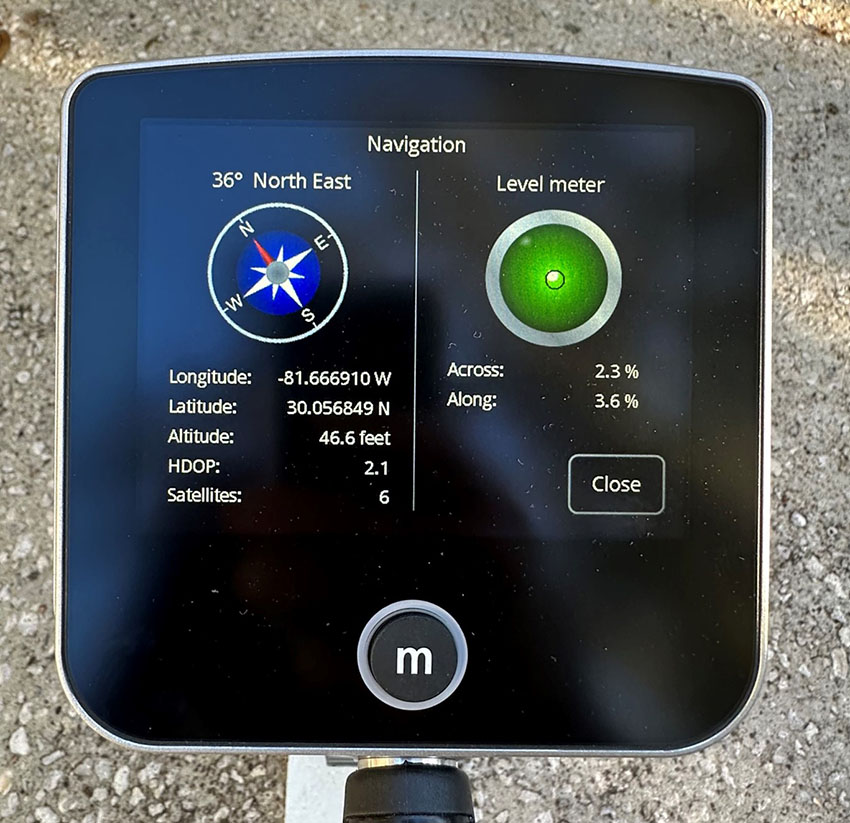 Understand that such an issue is not always an intentional mischievous act by the operator. An instrument can be unlevel for several reasons.

For example, an operator is in the field walking down the road, dodging traffic, and taking readings. His focus is to get on the line and off the road as quickly as possible.

The road and the markings are often littered with debris and gravel. It is easy to unintentionally place the base of the instrument on a piece of gravel causing it to be unlevel. Also, the road surface itself is not often level but mostly tilts laterally to the marking, not affecting the handheld’s accuracy as much. Another and more prominent issue is with that of profiled markings such as rumble stripes. These undulating surfaces can easily affect the levelness of the instrument.

Some instruments like the ZRM-6010 come with a special attachment for just that issue. This attachment increases the footprint of the base to better ensure that the instrument is level when reading these markings. The ZRM-6010 also has a macro down-camera that could confirm if the instrument was fully on the marking at the time of the reading.

There is at least one other consideration. The road surface itself is not often level but mostly tilts laterally to the marking.

But if the instrument is placed flatly on the line then it will provide an accurate measurement, by the standards set forth. 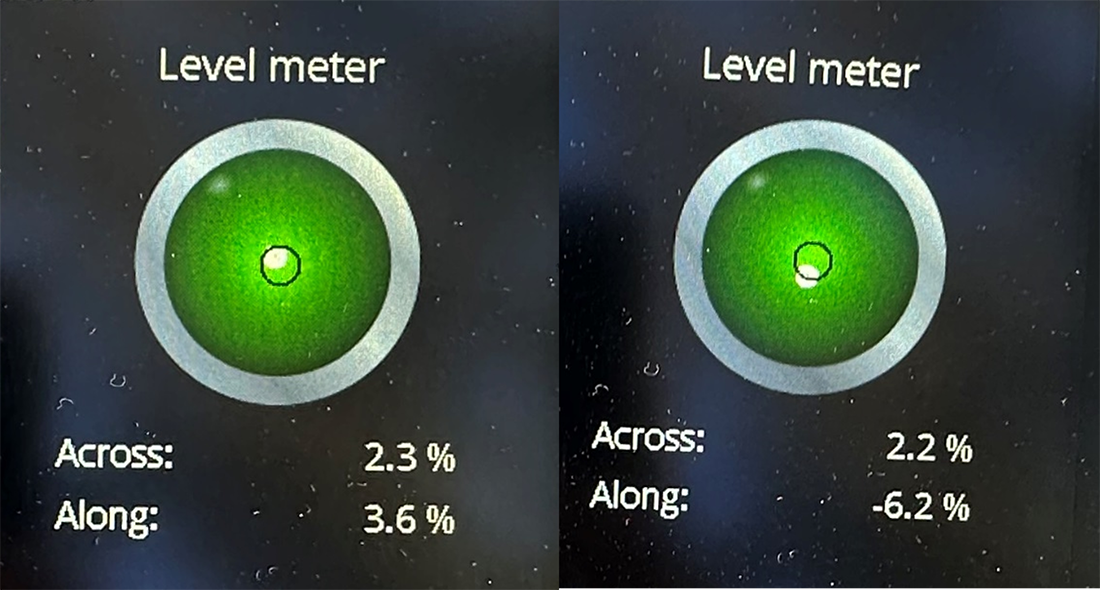 What you are really looking for in the level meter is a substantial longitudinal tilt outside of the average of the other readings like shown here.

There you have it! As we use to say in Tennessee, “the cat is out of the bag”! So, operators be aware, and agencies beware. The best solution is to use an instrument that displays and reports the levelness of the instrument.

Here are other articles and information on retroreflectometers.

Request a quote on the Zehntner ZRM-6010 retroreflectometer.