Improving the Visibility of Roadway Medians

The Problem
Just 20 miles Northwest of Dallas is the ever-growing town of Flower Mound, Texas.  Early settlers coined the affectionate name because of a 12.5-acre hill in town that blooms seasonally and to this day, the area is preserved for everyone to enjoy through a public-private partnership.

The Solution
Of course, lighting was one option to brighten medians, but that came at a cost of 66 million dollars and the city council decided it was cost prohibitive for a community of 75,000 people. 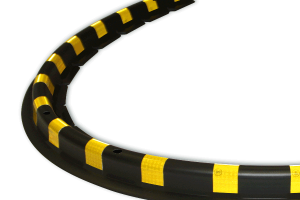