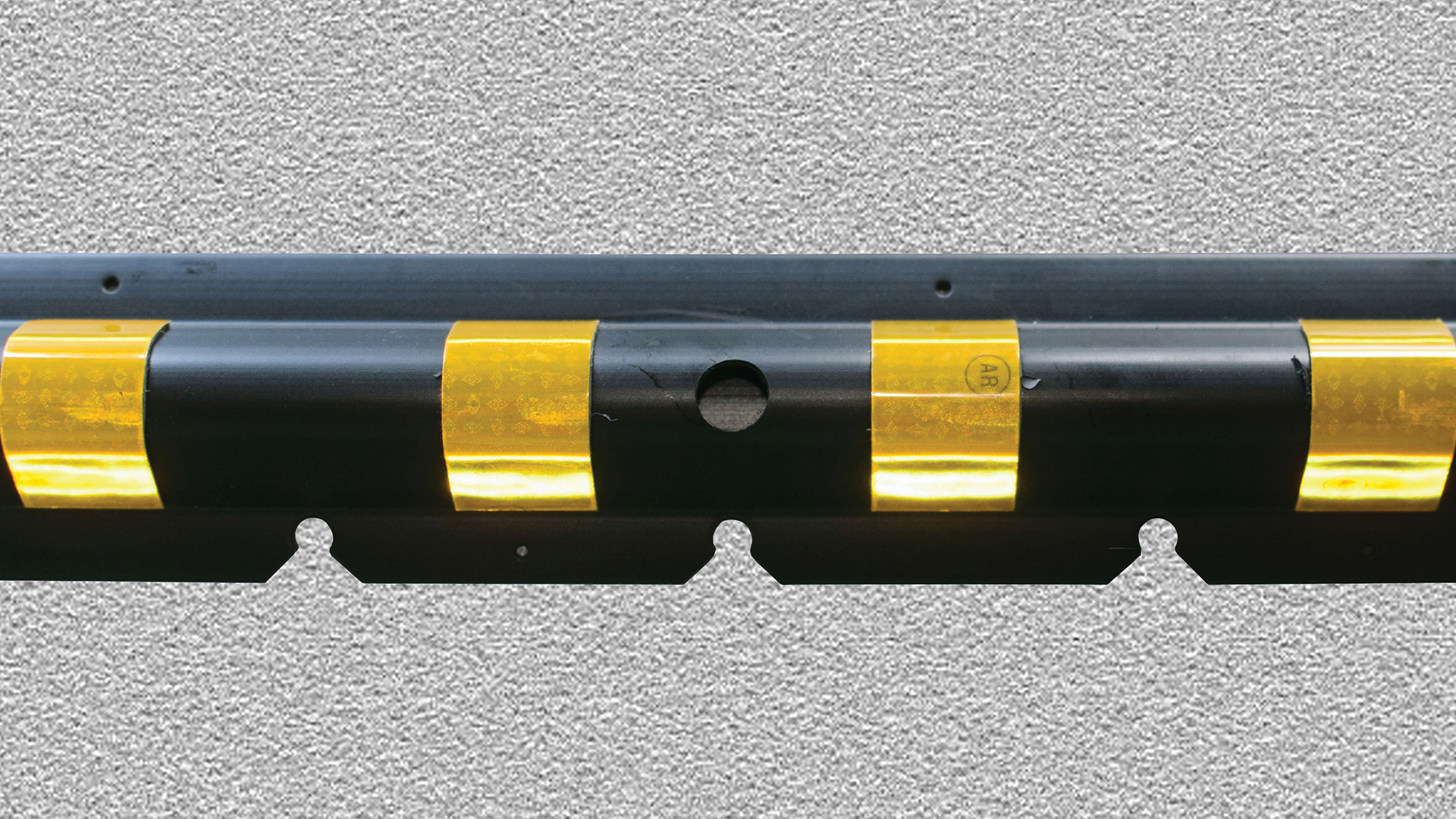 Tens of thousands of MedianAlerts™ have been used around the world for effective visual delineation of medians. Undoubtably, these innovative devices have made the roads safer for both pedestrians and motorists. But agencies have often taken it a step further and used the MedianAlert™ to delineate other structures in the roadway system.

In 2014 the MedianAlert™ was introduced to the roadway safety industry. It immediately gained recognition for it’s innovation and contribution to roadway safety. It was invented by Greg Driskell, a roadway safety infrastructure veteran, in response to a personal near tragic incident. Since then, tens of thousands of these devices have been installed around the world. The MedianAlert™ is designed to dramatically improve the nighttime visibility of medians and other roadway structures. The MedianAlert™ is a flexible, elongated retroreflective device that visually alerts the motorist of the structure’s presence as well as a clear and concise message of its size and shape.

Although its original purpose was to improve median safety, over the years users have found a few other uses for the MedianAlert™. Here are a few examples:

Roundabouts/ Traffic Circles – This traffic management treatment has been used since the late 1800’s in Europe.  One of the first in the US was in New York City at the famous Columbus Circle in 1905.  However, only in the recent decade have they begun to be widely used here in the US.  Although these designs are shown to improve safety overall, they can be very dangerous to drivers unfamiliar with their navigation and even presence.  “We’ve seen a couple of states use a series of MedianAlerts™ to improve the visibility of the island portion of the round-about.”, says Driskell. The MedianAlert ™is thousands of times brighter than traditional paint with beads and can be used around the perimeter of the curbed island to forewarn oncoming traffic of the structure.

Barrier Walls– Shortly after the introduction of the MedianAlert™, it was recognized as an effective barrier wall delineator.  It had a great advantage over the standard marker, as it would reflect to the driver the actual contour of the structure.  Again, providing a clear, concise message to the driver, not only that something is there, but what that something is.  A year later PPP developed the BarrierAlert™. But later dropped it when it was found that the with a minor field alteration, the MedianAlert™ could effectively serve for both purposes.

Low Clearance Bridge Warning – Those who have them, know that low bridge strikes are not all that uncommon.  In fact, New York state has nearly 100 per year.  This most often happens as a result of Truckers relying on GPS guidance and not noticing the measurement placards or warning signs.  However, one would be surprised at how many RV’s make the same mistake.  Low visibility due to nighttime travel increases the risk.  But by attaching the highly visible MedianAlerts™ on the spans above the travel-lane of the roadway, there is a dramatic improvement in the driver’s recognition of the impending potential disaster.

There are many other uses such as signpost enhancement, road terminations or T-intersections, sharp curves on curbed roadways and more.  The MedianAlert is a great versatile roadway safety enhancement tool.  Let us know what you have used the MedianAlert for? To download installation design options click here.