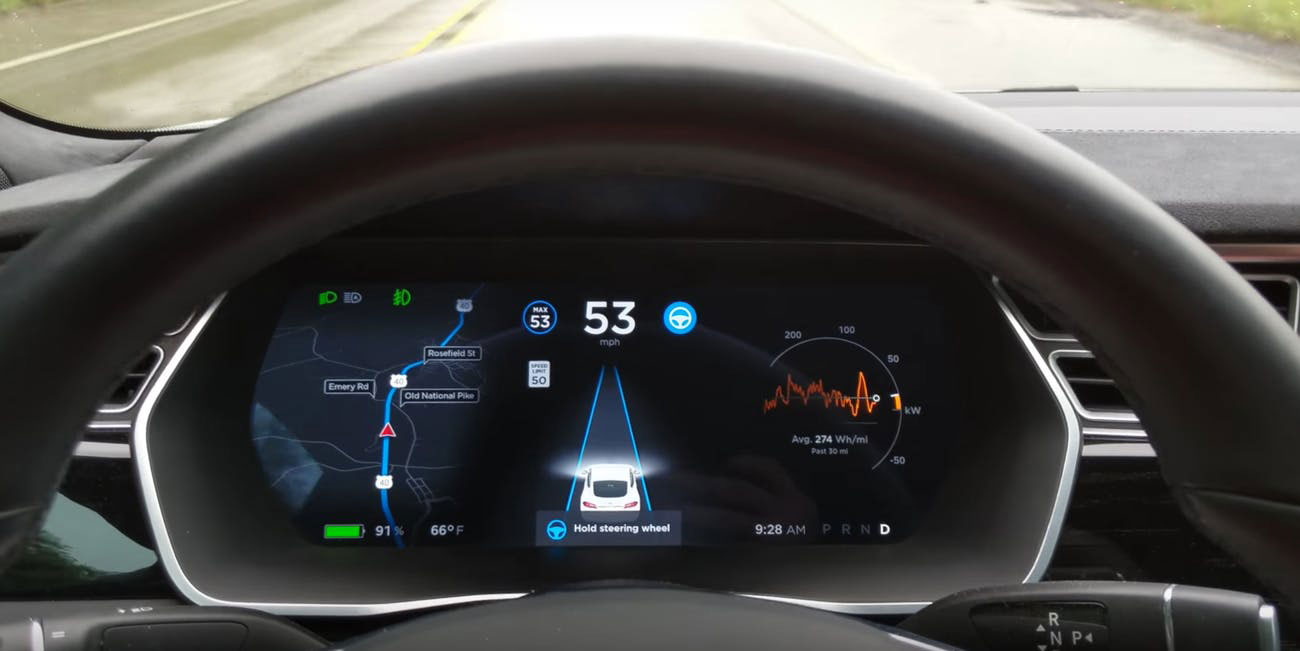 PPP’s Measure Across America Project (MAAP) spans across 18 states and nearly 6000 miles. The purpose of the project is to promote pavement marking management to improve the safety of both human and machine-driven vehicles. To do so, PPP acquired a historic sampling of our nation’s roadway markings. Never has there been a pavement marking assessment with such breadth, detail, and speed. The project utilized a Tesla Model X with Enhanced Autopilot 2 and the advanced RoadVista LLG 7 mobile retroreflectometer. The initial data collected amounted to over 55,000 data records of nearly 80,000,000 marking scans. Fourteen pavement marking attributes and characteristics were monitored and recorded.

One of which was noting when conditions interrupted or impaired the advanced Autopilot system These interruptions and impairments where recorded at two levels. Level one was when the vehicle became notably less confident and its lane-centering capability. At level two some incidences were great enough to require the driver to take control. Throughout the near 6000 miles, we recorded a total of 200 interruptions, 106 of which were level one and 94 at level two.

To understand these causes of interruptions, you first must understand the level of dependence such systems have on the roadway’s markings. Think of a train riding on its rails. The train’s rail wheels lock onto two longitudinal rails. Where the rails go, so does the train. If there are no rails, well then, the train goes dangerously “off track.” The markings, specifically the longitudinal markings, are the visual rails used by the camera-based system of these vehicles. The cameras visually lock onto these markings. Mostly, they look for and follow two paralleling longitudinal lines within a 9-foot to 13-foot width. If one or both of those lines disappear, the vehicle becomes less confident and begins looking for other things like the pavement edges or the vehicle in front of it to follow. This part of the system’s primary job is to ensure that the vehicle remains centered in the assumed lane or track. Misinterpreting the width of the lane can be hazardous to the vehicle’s occupants and those around them.

With the above in mind, there are four causes we found that account for the vast majority of interruptions of lane-centering systems like Tesla’s Autopilot. If these four conditions were addressed, it would have eliminated an estimated 85% of our interruptions.

What are the four?

By far the most common issue. In such areas, the right edge line is stopped. Often leaving the merge area open and void of markings. Once the vehicle loses sight of the right line, it spots the merging lane’s edge line and attempts to center on that marking. Basically, splitting both the main travel-way and the merging. This can cause the vehicle to shift its position to the right abruptly. At times the vehicle’s cameras will identify the seam in the pavement as a lane delineator and maintain its centering of the proper lane. The simple fix is to extend the markings, in skip form, through the majority of this unmarked area.  However, an area at the end of the merge must be left unmarked of skip line so that a merging semi-automated vehicle will know it can merge into the adjacent lane.

When these tapers are left unmarked, this scenario can be very dangerous. Due to the short duration of some work-zones, often time contractors will not mark the taper with the continuous marking upon which these systems rely. Cones, barrels and even concrete barriers are placed over the markings. Additionally, the existing lane line skips are left in place. So, these markings or the vehicle’s rails go straight into the cones, barrels, barrier wall or work-zone and the vehicle is sure to follow! The simple fix is to apply a temporary lane marking along with the merge and mask a portion of the existing skips. This will cause the system to merge properly and safely out of the dropping lane and into the merge lane.

Many communities have center medians in their roadway system for turn control, beautification or directional separation. These medians are often marked with a yellow edge line. We have found that in some cases, if the edge line marking has a long slope into the turn lane, and the turn lane’s white edge line is delayed or missing, the vehicle will respond as it does on the entrance ramp’s acceleration lane described above. The simple fix is the addition of skip line-markings filling the gap between the beginning of the turn lane to the solid white edge line.

This is when a roadway’s lane count increases, let’s say from three to four lanes. Considering the lane is added to the left edge… the left edge line tapers left and, in some designs, the right white skip line ends. For a moment, the vehicle only sees the left edge line tapering to the left and the adjacent lane’s edge markings on the right. Then suddenly the skip line appears in front of the confused vehicle splitting the new and existing lanes. The vehicle now must choose what lane it is to center on. All the while, the vehicle is abruptly shifting left and right across the travel ways. A simple fix is the continuation of the white right skip line and the extension of the new lanes white skip into the tapering yellow edge line.separation. These medians are often marked with a yellow edge line. We have found that in some cases, if the edge line marking has a long slope into the turn lane, and the turn lane’s white edge line is delayed or missing, the vehicle will respond as it does on the entrance ramp’s acceleration lane described above. The simple fix is the addition of skip line-markings filling the gap between the beginning of the turn lane to the solid white edge line.

All these issues could be corrected by a simple extension of the solid or skip lane lines. If these fixes were at great cost, or only served the machine-driven vehicles, we would be best to call for solutions by the auto industry. However, the cost is minimal in comparison to other roadway infrastructure components. And these alterations will likely enhance the safety of human drivers.

Although the autopilot system struggled in these areas as well as a few more, like the complex markings of a diverging diamond or an area of severely diminished markings, it performed extremely well overall. It even performed beyond our expectations under certain conditions. We believe it to be a safe and effective assistance system to the driver as long as the dependence or expectations of the driver are not too great.

For more information on the findings of the Measure Across America Project, connect to PPPCatalog.com/MAAP and monitor for periodic update releases.