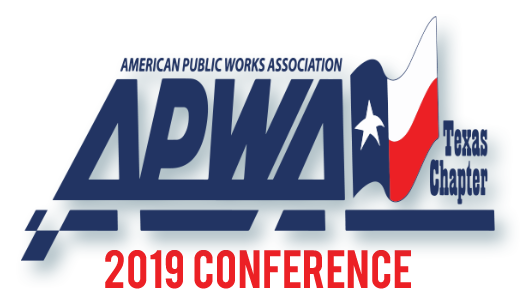 Seeing the Lines… Between Human and Machine Driving

To get started let’s first address the importance of pavement markings to roadway safety. FHWA states that pavement markings are to convey a message to the road user. Messages of guidance and regulation are accomplished through a sort of visual delineation of the roadway. These series of lines and symbols and words are the primary visual cues that ensure we stay in the correct travel lane, and get to the correct destination, safely. We’re especially aware of the importance of roadway markings when we experience some type of impairment. Like driving home late at night in a thunderstorm, after a long day at work. Where’s the first place we look for safe navigation? That’s right down at the markings.

As crucial as pavement markings are to us as humans, they’re even more essential and critical to the safe operation of automated vehicles. Like with humans, the primary visual cue for safe automated operation of the vehicle is the pavement markings. In fact, GM and others have stated that the most critical infrastructure element on our roadways for the safe operation of automated vehicles now and in the future, is the pavement markings. So those who might think that signs and lines are at the end of their time should reconsider. Moreover, if you believe vehicle automation is still generations to come, consider this: There are already 63 models of vehicles that have highly advanced Lane-Centering steering systems and hundreds of models that already have lane departure warning and assistance systems which rely on well-maintained pavement markings.

Understand that we, as humans, have the ability to recognize thousands of peripheral cues, including curbing, guardrail, trees, landscaping, sidewalks, pedestrians, and so much more. The automated vehicle uses a bank of advanced sensors, including radar, sonar, and cameras. However, it does not yet have the capability to process those peripheral cues.

Further, under many conditions, the automated vehicle can see better than a human, but is not yet capable of thinking better than the human. For example, if a line is missing in a construction zone, a human can decipher that the construction workers have not yet replaced the line. However, the car only knows that there is no line present, which causes “computer-confusion” and often requires human interaction.

I said earlier that pavement markings are a sort of visual delineation of the roadway system. If so, that means to be effective; they must be seen and understood, visible, and conspicuous.

What makes a pavement marking visible?

In one word… Contrast. To be confidently identified by either the human eyes or the machine driving cameras, the marking must contrast enough with the surrounding pavement to clearly define its meaning through its size, shape, and sometimes color.

Contrast is a result of three primary factors. First and most impactful is the color differential between the marking and the surface it’s on. Second is the surface texture or pattern differential. And third is the lighting source and direction. Note that the first two factors are significantly impacted and altered by this third, the lighting’s intensity and direction.

The first factor for visibility and conspicuity is color. If there is not enough color variance between the two surfaces, that of the marking and the roadway, it is difficult for the human brain to recognize a pattern. Similarly, the camera and its computer system bear the same burden. A daylight example of this is when a light-colored marking such as a white lane line is placed on a light-colored pavement such as concrete or aged asphalt. A night-time example of this could be a yellow lane line with low retroreflectivity on a medium to dark pavement.

Although color is the primary source of contrast in pavement markings, under certain conditions, visibility and conspicuity can be significantly affected by texture or pattern.

Under intense light conditions such as sunset or sunrise, the sun is low on the horizon and can be somewhat blinding for the driver, which can also be the case with headlights of oncoming vehicles. In both these cases, the texture differential plays a significant part in the markings’ visibility and conspicuity. For example, if the marking and the pavement consist of the same or even similar texture, the intense light will reflect off the two surfaces with similar direction and intensity, causing the marking to disappear visually. This effect dramatically affects both humans and machine cameras to identify and comply with the marking confidently.

Experience has shown that automated vehicles cameras frequently perform better at night than during the day. This is primarily because of our use of retroreflective elements on our pavement markings. These elements reflect the light and color of the marking back in the direction of the source, toward the driver’s eyes or the vehicle’s cameras. Because these elements are not applied to the surrounding pavement surface, it creates a sharp contrast between the marking and the surrounding pavement with little regard to daytime color contrast.

Humans, on the other hand, perform better during daylight hours than night hours. That is primarily because of those additional visual cues that we spoke of earlier, such as guard rail, road edge, trees, buildings, and people.  However, at night, we become more like the camera and depend heavily on limited cues such as the signs and lines. As a result, retroreflectivity becomes a far more significant Factor.

In August of last year, our organization conducted a pavement marking assessment pilot study. Under the measure Across America initiative, we assessed over 1100 miles of pavement markings. Our primary purpose was to promote quality pavement marking management for both human and machine driving. In our study, we collected over a dozen attributes on every marking assessed. These included:

Although all data points were useful, our focus datapoints were , nighttime color, and contrast. Proper management of these factors best ensures safe driving by both man and machine. Let me share some of those statistics and data points with you CLICK HERE.

Wrapping this up, what can you do as a local agency to ensure safer driving of both human and machine-driven vehicles?

1. Ensure that the markings are uniform and follow the MUTCD guidelines. It is this uniformity that the manufacturers of these devices are counting on.

2. Ensure that the of the pavement marking is adequately maintained. FHWA will soon be coming out with minimum requirements. I think they are far below where they need to be. Look at your state agencies requirements or ATSSA/TTI’s study for more effective guidance.

3. Ensure that your markings contrast with the surrounding pavement. For white markings on lighter pavement such as concrete or aged asphalt, it’s recommended to add a contrast marking around, leading or trailing the marking.*

4. Ensure the proper color is maintained. A yellow line that looks white, especially at night, can be deadly.

Lastly, on roadways that are east/west in direction, seek methods to ensure contrast remains under extreme light conditions.